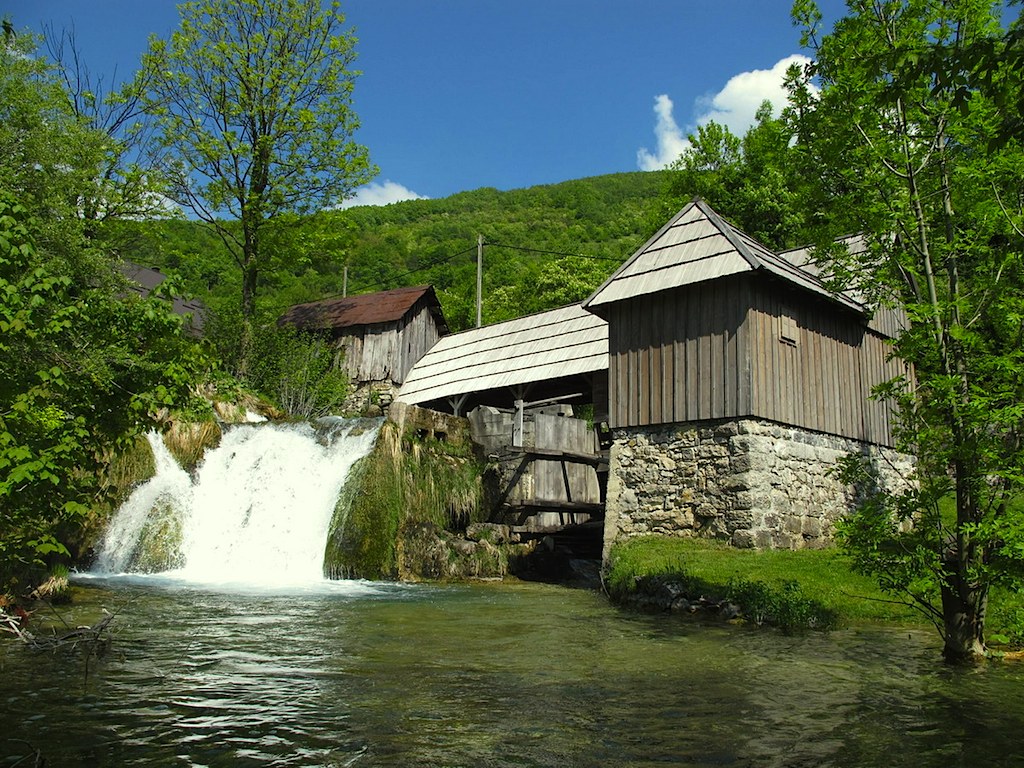 In the Korana canyon, you will find the Špoljarić watermill and sawmill from the 19th century.

During the 19 th Century, and in the beginning of 20 th Century, five flourmills built on the Korana River were in operation. Now, only a few watermills, most characteristic of preindustrial times, are still working. Špoljarić Watermill is a small-sized edifice, having an elongated shape, made of calcareous sinter and logs, supported by stonewall and covered with shingles. The interior is divided in a mill room with three plants for grinding grain and a miller's room for reposing. The mill was restored in the spring 2002 with funds provided by the Ministry of Environmental Protection, Physical Planning and Construction, Public Institution of Plitvice Lakes National Park and Tourist Board of the Municipality of Plitvice Lakes.

Špoljarić Sawmill is the only preserved working sawmill in the entire area of Lika&Senj Region, and beyond, that uses water power for sawing logs. Špoljarić Sawmill, called "žaga" in dialect, was built in the beginning of the 20 th Century and belongs to a group of gang sawmills. It can saw logs of max. 90 cm in diameter. In 2005, the building (2.90 m x 14.10 m) was restored with funds provided by the Ministry of the Sea, Tourism, Transport and Development, Plitvice Lakes National Park and Tourist Board of the Municipality of Plitvice Lakes . Since then, it has been included as part of the tourist program. Enjoy a pre-booked guided group tour to see the saw as it bites into fresh logs in an originally recreated atmosphere.