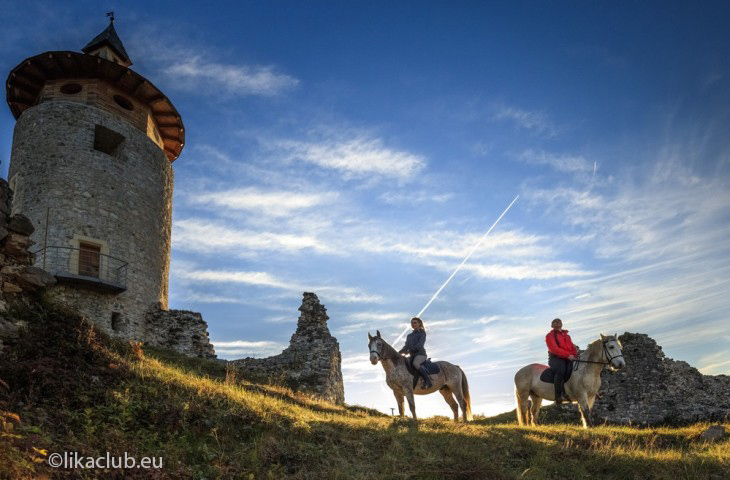 Historical happenings in this area are mostly connected with constant warfare concerning borders and defense from conquerors’ incursions, which is why the area hadn’t developed as a market town or a settlement, but rather as a defensive fort, especially Drežnik Grad (Drežnik Castle). This area used to be the seat of the one-time County of Drežnik which was first mentioned in the 11th century. The masters of Drežnik Castle were princes the Nelipić’s, princes the Gisingov’s, princes the Babonić’s, the Subić’s. and from the year 1323, the place was ruled by the Frankopan’s. It remained to be their property until the mid-16th century. At the time of Turkish conquerings and invasions Drežnik Castle was a very important defensive foothold that was repeatedly conquered, ruined and rebuilt. In 1791 when a peace treaty was concluded in Svištovo, the old town of Drežnik was acknowledged its affiliation to the Habsburg crown. In 1866 the imperial erar sold the fort Drežnik to a tradesman who then started pulling the ramparts down and selling the building-material. On April 17th 1917 the Croatian Parliament issued a deed no.9.195 and placed the fort in for safekeeping with the authorities of Drežnik. The district of Rakovica and its local authorities have initiated a program of protection and restoration of the old town. A Recovery program for salvaging the walls construction, doing roof repair work of the great inside tower and recovering the remnants of defensive ramparts of the old town has also been made. The project, the final goal of which is revitalising the old town for tourist purposes, is still underfunded and waiting to be implemented.